Richard Wurmbrand, leader of the “Underground Church” in 20thCentury Communist Europe, is well known, and not just to his own Romanian people. His life of Christian faith is an encouragement to all who are persecuted, to all who go through trials and tribulations of every kind. We can learn from his book, Tortured For Christ, 1967, Hayfield Publishing company.

I can’t imagine a fate worse than torture and prison. The communist leaders of Romania deemed Richard Wurmbrand a threat and wanted to silence him. Yet this man says that his pain was even greater upon his eventual release. He had some very difficult words for the free democratic western nations: “I suffer in the West more than I did in communist lands. I  suffer in the west more than I suffered in a communist jail because now I see with my own eyes the western civilization dying“.  He was troubled and pained, not only by rising cynicism, immorality and broken marriages, but also by the apathy in the more affluent churches. “The west sleeps” he wrote. The underground Church is a poor and suffering church but it has no lukewarm members.”

Christians suffered while theologians in the west discussed trivial matters. Wurmbrand compared it to the legends surrounding the seige of Constantinople/Istanbul in 1493. Islam was about to take control of the region for centuries and the local church councils discussed questions like “what colour were the eyes of the holy virgin?, and what happens if a fly falls in sanctified water? Is the fly sanctified or the water polluted?”

What condemnation is ours as the world suffers. Hitler’s Holocaust was ignored far too long. The tragedy of current day Sudan, Syria and the Republic of Congo still condemn us. James links action and faith (James 2:14-26). Jesus often condemns hypocrisy. For Wurmbrand, the sleeping church was more abusive than the violent torture of a communist prison! He was in tune with God’s heart indeed.

Thankfully I have not had to face persecution or physical pain like so many less fortunate than me. Current struggles around the world, and similar stories from history, reveal so much brutality – some of it beyond comprehension. Inhumanity numbs me, scares me. I am afraid of pain. Sure I have had people betray me, undercut my leadership, spread lies about me (yes, this is a reality even in churches) – but I have not faced war or torture.  Richard Wurmbrand spent 14 years in a communist prison. During that time he says the guards often wondered how the Christians could be happy in such terrible circumstances. Hunger and torture were daily realities. And the prisoners, likely emulating the Philippian prison posture of Paul and Silas (Acts 16), would often sing – only to be beaten even more fiercely. Here are three of Wurmbrand’s personal survival solutions. 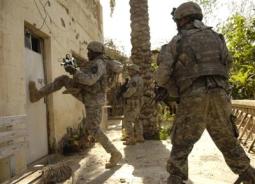 Richard Wurmbrand reflects on a conversation with Piotr, a member of the Russian army sent to Romania. This man had converted and been baptized in an underground church meeting. Piotr was impressed with Jesus on the Emmaus Road. Jesus acted as though he would continue walking, until he was invited into the house for rest and food. Jesus wished to be very sure that he was desired. When he was welcomed he was glad to stay and fellowship. This stood in stark contrast to the impolite communists!  They entered hearts, minds and homes by violence. Listen to the emotion in Wurmbrand’s writing: “They oblige us from morning to night to listen to them; through schools, radios, newspapers, posters, atheistic meetings, movies, … you have to listen continuously to their godless propaganda, whether you like it or not!”

Jesus stands at the door and knocks, extending an invitation. Revelation 2:20 says “Behold! I stand at the door and knock. If anyone hears my voice and opens the door, I will come in and eat with him, and he with me.” What a stark contrast! What an invitation, and a polite one at that. Christianity is not about force. No one should ever pressure another to respond to the love of Jesus. Evangelism – yes! Invitations – absolutely! But gone are the days of ‘conversion by the sword’ – I hope!

In Romania, Nazism persecuted Protestants as well as Jews. His son Mihai had to be given a non-Jewish name to prevent his death. As great as the Nazi terror was, it was only a taste of what was to come under the communists later. Wurmbrand says that there was value in the Nazi oppression though – “they taught us that physical beatings could be endured, that the human spirit with God’s help can survive horrible tortures. They taught us the technique of secret Christian work …”

“I longed from the day of my conversion to be able to witness to the Russians. In Nazi times we had in Romania many thousands of Russian war prisoners …and then, beginning on August 23 1944, one million Russian troops entered Romania … beginning a nightmare which made suffering under Nazi times seem easy.”

Born a Jew, but a confirmed atheist by age 14, Richard Wurmbrand was still attracted to churches. He writes:

“I found it hard to pass near a church and not to enter it. However I never understood what was happening in these churches ….. I was very sure that there is no God ….. but I would have liked very much to know that a loving heart existed somewhere in the centre of this universe ….. I had longed that there should be somewhere a loving heart beating for me too.”

This site uses Akismet to reduce spam. Learn how your comment data is processed.